O’Reilly ebook: Kubernetes in the Enterprise

Kubernetes is quickly changing the way organizations deliver applications. Broadly supported by the community and a growing list of vendors, this open source platform has become a core component in the digital transformation of enterprises worldwide. Getting started with this container-orchestration system can be tricky, but with this practical ebook, developers and operators will learn how to use Kubernetes to deliver existing applications—or more resilient cloud-native applications—with speed and efficiency. In addition, you’ll:

Blockchain is an emerging technology that can radically improve banking, supply chain, and other transaction networks and can create new opportunities for innovation. Businesses contain many examples of networks of individuals and organizations that collaborate to create value and wealth. These networks work together in markets that exchange assets in the form of goods and services between the participants.

Blockchain technology provides the basis for a dynamic shared ledger that can be applied to save time when recording transactions between parties, remove costs associated with intermediaries, and reduce risks of fraud and tampering.

The video lectures and lab in this course help you learn about blockchain for business and explore key use cases that demonstrate how the technology adds value.

Note: This course does not cover cryptocurrencies, such as Bitcoin, in detail.

Link to the course = https://developer.ibm.com/courses/all/blockchain-essentials/

How to Build Chatbots and Make Money

Chatbots are increasingly in demand among businesses. This course will teach you how to build, analyze, and deploy chatbots – with the help of Watson and an amazing IBM offer. You’ll also learn how to make money by selling chatbot services to clients.

Special Offer: This course includes a great offer from IBM: One year of Watson Assistant services to power 10 chatbots at no charge. The perfect way to kickstart your chatbot building business!

Chatbots are one of the most exciting and in-demand topics in tech. Businesses around the world are increasingly showing an interest in their potential for cost-saving and improving customer service availability.

In this course, you’ll learn how to build chatbots powered by Watson and how to approach making money by selling chatbots to clients. We’ll cover ways to sell chatbots to prospective clients online and offline. We’ll explore how to plan and build chatbots using a visual tool provided by IBM. We’ll offer methods for testing, analyzing, and improving your chatbots. And we’ll teach you how to deploy your chatbots to websites via a handy WordPress plugin.

Leveraging the AI power of Watson Assistant, you will be able to accomplish all this without the need to write any code!

Module 5 – Deploying Our Chatbot on WordPress

By developers, for developers: The IBM Blockchain Platform Starter Plan

What do you get when you offer easy access to an enterprise blockchain test environment for three months?

More than 2,000 developers and tens of thousands of transaction blocks, all sprinting toward production readiness.

As the leader in delivering production-ready blockchain solutions for the enterprise, IBM is observing a new generation of “born on blockchain” companies emerge. The IBM Blockchain Platform Starter Plan can help these companies quickly get started as they transform the way business is done across industries. Starter Plan can do this by helping developers, startups and enterprises build blockchain proof-of-concepts quickly and affordably with an end-to-end blockchain development experience: a secure test environment, suite of education tools and modules and one-click network provisioning. In addition, new users automatically receive a $500 credit to help start their first blockchain network when they sign up.

Powered by the open-source Hyperledger Fabric framework from The Linux Foundation, the IBM Blockchain Platform has been built specifically to help a group of institutions achieve their collective mission-critical business goals through increased transparency and reduced friction. And while Starter Plan was originally intended as an entry point for developers to test and deploy their first blockchain applications, users also now include larger enterprises creating full applications powered by dozens of smart contracts, eliminating many of the repetitive legacy processes that have traditionally slowed or prevented business success.

A few of the examples we’re seeing come to life include:

Global Debt Registry helps institutional investors and warehouse lenders manage risk, improve efficiency and pricing in the credit markets by providing solutions that ensure the integrity of a loan asset. Using Starter Plan, Global Debt Registry applied Hyperledger Composer to quickly and easily write blockchain code in a native programming language. The aim is to create a transparent and immutable record to help protect loan providers by mitigating the risks of “double-pledged” assets.

RoadLaunch is using Starter Plan to build a blockchain solution for the logistics industry. Their certification platform is designed to provide users full transparency into supply chains from initial quote to proof of delivery. RoadLaunch expects blockchain’s transparency and verification capabilities to help participants save time and money through a solution that will scale to meet the ever-expanding needs of the logistics industry.

Identify 3D used Starter Plan to emulate an advanced digital manufacturing supply chain in which an engineer authorizes a manufacturer to produce a set of parts according to licensing restrictions. The team at Identify 3D relied on the extensive built-in security and IBM development tools featured in Starter Plan, allowing them to easily deploy and test blockchain applications.

Making it easy for anyone to develop, test and deploy blockchain solutions

Starter Plan was introduced as a way for anyone to access the benefits of the IBM Blockchain Platform regardless of their level of blockchain understanding or production readiness.

IBM has worked for several years to commercialize blockchain and harden the technology for the enterprise based on experience with hundreds of clients across industries. Beginning with IBM Research projects through to large, production networks spanning from banking and financial services to government to retail and more, IBM’s blockchain offerings have been tested and proven across a wide range of applications. The IBM Blockchain Platform was launched in August of 2017 based on experiences running these networks for organizations across industries. IBM’s blockchain offerings are designed to help companies quickly build, test and bring networks into production.

Unleash the power of the IBM Blockchain Platform Starter Plan for your business today.

Get $500 in *credits with our Blockchain Platform Starter Plan

*Credit goes towards covering the first month’s fees for two peers and one membership fee.

This developerWorks learning path is for software developers who are new to Java™ technology and want to become productive Java programmers. Work through the 23-unit sequence, including videos and quizzes, to get up and running with object-oriented programming (OOP) and real-world application development using the Java language and platform.

IBM® Security® Guardium® provides a comprehensive solution that addresses data source security and auditing needs across the enterprise, securing all kinds of GDPR personal data such as name, email, address, sex, demographics, personal preferences, opinion, other personnel records. The GDPR Accelerator is designed to harness the capabilities of the core IBM Security Guardium product to address the specific requirements of GDPR. Built-in reports and policies accelerate your ability to comply with GDPR compliances by providing a base upon which you can build, either by customizing the Accelerator or complementing it with custom reports and policies. The GDPR Accelerator’s capabilities, along with interfaces to a variety of tools in the underlying system, are organized in a tabular fashion by Requirement, making the product fast to implement and easy to use. The GDPR Accelerator provides a wealth of insight into GDPR Personal Data access by both regular and privileged users. This includes specific objects accessed, SQL verbs used, total accesses, date/time of access, user ID, client address, invalid logical access attempts, and more. All this data is stored in a single secure repository. Workflow automation tools are provided to ensure required actions are taken promptly, and a verifiable audit trail is maintained as required by GDPR Articles.

Java™ developers are accustomed to waiting years for a new Java release, but the new, high frequency release cadence changes all of that. It’s been just six short months since Java 9 emerged, and now Java 10 is already knocking at the door. In six more months we’ll be welcoming Java 11. Some developers might find such a rapid releases overkill, but the new cadence marks a long-needed change.
Read rest here >> https://www.ibm.com/developerworks/java/library/j-5things17/index.html?social_post=1551111756&fst=Discover
Uncategorized 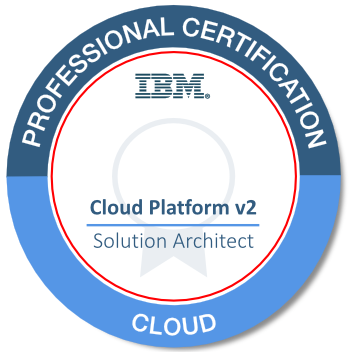 Maya Shenoi is an IT professional resident in Bangalore, India. She has varied interests including literature and movies.
Views are personal and not of any company mentioned in the blog posts. All content provided on this blog is for informational purposes only. The owner of this blog makes no representations as to the accuracy or completeness of any information on this site or found by following any link on this site. The owner of this site will not be liable for any errors or omissions in this information nor for the availability of this information. The owner will not be liable for any losses, injuries, or damages from the display or use of this information.